I decided to head to the Media Arts building. This was another building I’d never been in before and of course captured a picture of the gear checkout first. The people there were very nice so I spoke to them a bit about the various types of gear that were available which gave me a variety of ideas for the future.

While in building 18 I decided to check out the studio with the blue cyc wall. It was not what I expected at all. I was expecting to walk into a room that was entirely blue. I don’t why but that’s what I thought I’d get. It did however feel somewhat like a movie set. 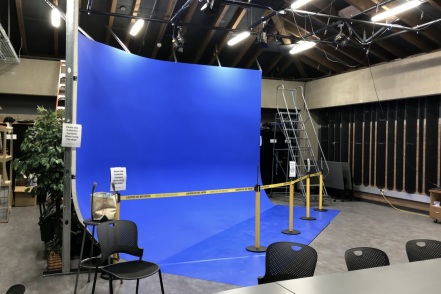 The Center for Student Engagement was next on my list. Not much to say on this one other than I need to spend more time there.

I finally visited the Art Gallery on campus. I was actually genuinely excited to go here because I love looking at art and I was not disappointed. I will definitely be going back again to look at some of the pieces in greater detail. 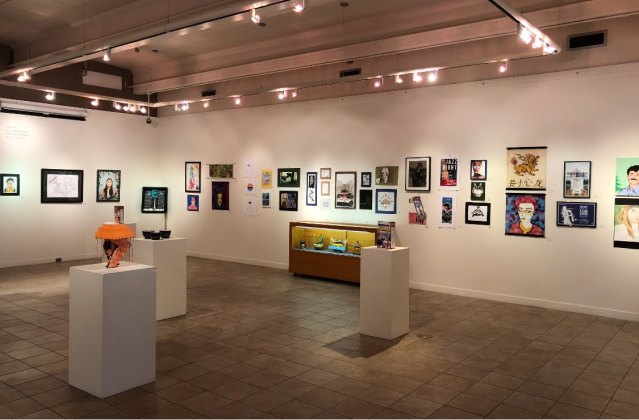 The first place I decided to visit was the reference counter inside the Library. I figured it would be the perfect place to start since I already knew where it was and the people working would be able to direct me to the locations I couldn’t find.

Last but not least was the Silver Sculpture outside the Health and Wellness building. I knew where this was but my issue was the weather. I was forced to wait a few days because I was really trying to get a less grey shot but you can’t always have everything.

It’s always fun to ask where something is only to have it revealed to be right next you. That was the case for Mary Jo Kreindel’s office. Not an overly exciting shot but he at least I know where it is.

Next I decided to check off the Media Creation. It’s pretty sad to admit but I walked past it about five times before finally noticing the very small label for the room. No my brightest moment. 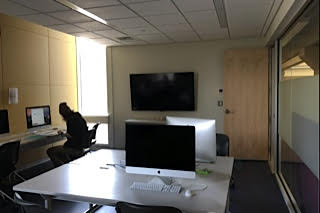 Judy Gates office was pretty easy to find but I must say, the offices in the art building fail in comparison to Mel’s because of absolute lack of Batman and Star Wars.

I actually approached Mel’s office by accident before I even realized it was the office I was looking for because of the Batman doll in the window. I was tempted to take a photo of just it but decided the other sci-fi stuff deserved to be in it as well.

Next I headed to Building 1 to capture a picture of the flags. This is was another one of those rare instances where I actually knew where to go and where I wanted the photo taken from. It took a few shot before the American and British flags both came out ideally. Also I didn’t know we had a North Korean flag so that’s pretty neat.

On my way to the Arts Center I was lucky enough to finally find the damned turkeys, who apparently decided to play a game of hide and seek the one day I need to find them but luckily this meant I get a group shot of a couple of them.

1 thought on “Resources for the Media Students of Lane”