Robert Henke is multi-talented digital artist. His website details succinctly every aspect of his productive life. From his cutting edge laser based visual performance to the custom made max4live patches everything is easy to find. Yet the simplicity of the site hides its depth, you could spend a day or two learning new thing form his writings section and many times that from his engineering page. This is not to mention and extensives musical discography reaching back over 20 years. This website is a one of a kind resource created by an impressive individual.

I found one! I’m so excited to share the blog called “I Still Shoot Film.” 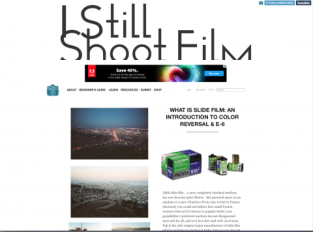 This site is really interesting to me. It’s all about photographers who still shoot with film. Film is a medium that has definitely died out, but is still widely appreciated and used by true photographers. There are people that pick up their camera phone and think they are photographers, but they don’t truly appreciate the art of it and how much skill it actually takes to successfully work a camera. These people focus on the art and composition of film and how it should be used. It focuses on the talent of it and how it truly is a wonderful thing.

They have a whole page of resources under their resources tab. It talks about all the places you can develop film and where you can look up more things about cameras and professional photographers.

I think the site is produced incredibly well, and it has an amazing layout. It’s very aesthetically pleasing and I really enjoy scrolling through. Lastly, it has a lot of photos so it’s not just words but it has appealing images. It truly shows the work that goes intro making beautiful photos.

I hope you enjoyed this and use this website to it’s full potential, I know I will.

My name is Matt “SilentJ” Curry, I am here to tell about my choice for this post ever since I was four years old one of my hobbies has been comics. I have been a fan of the many ways that comics have been transferred into wondering just how they plan to tell the stories that have captured my interest as I am hoping to ignite yours.

This blog site is produced fairly decent with information that is shared about the series and the cast members with whom will be joining, the subject of the blog that I have chosen is about the series Arrow, which is about the journey Oliver Queen leads in the first episode becoming the Green Arrow. The website is about any subject about comics, cosplay, and anything in between if you have an interest in comics of any genre this sight is one with which you should invest in looking to see what can and will be expressed by any and all forms that some choose to post. https://www.facebook.com/stephenamell/photos/a.510703882348217.1073741826.146921975393078/770050113080258/?type=1

While searching around the internet I came across the blog of an incredible artist by the name of Matt Rhodes, the link is below. 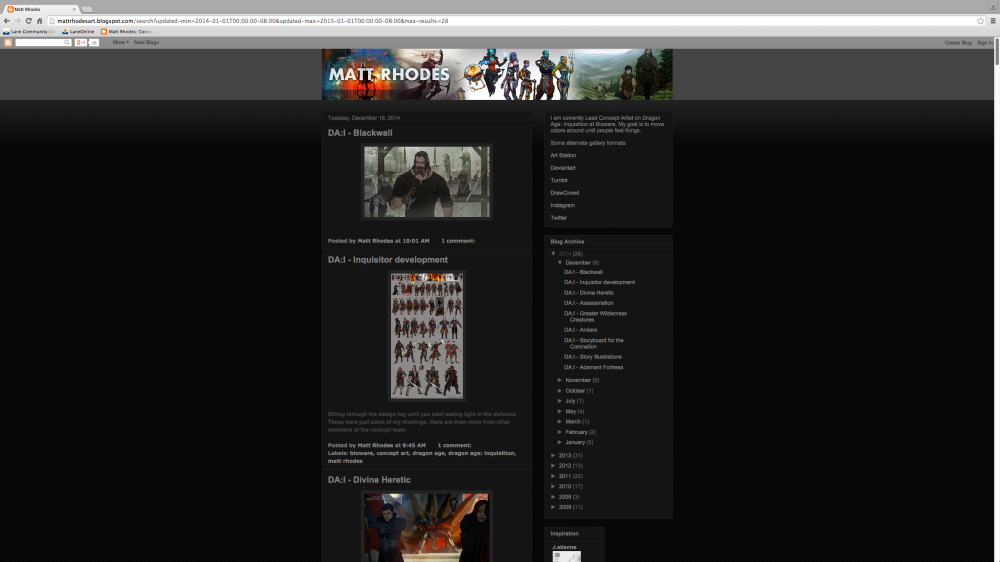 Inspiration can come from many sources and one of them is to look at the work of others like the work of Matt Rhodes, the current Lead Concept Artist on Dragon Age: Inquisition at Bioware. I find his concept art to be exquisite and complex plus his use of color in his completed pieces is truly a sight to behold using a variety of many palates. 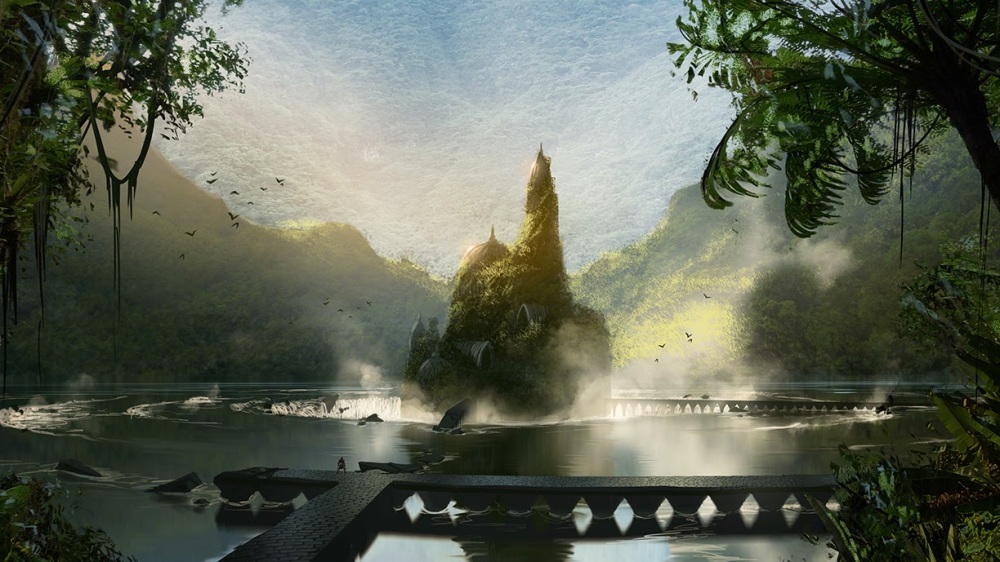 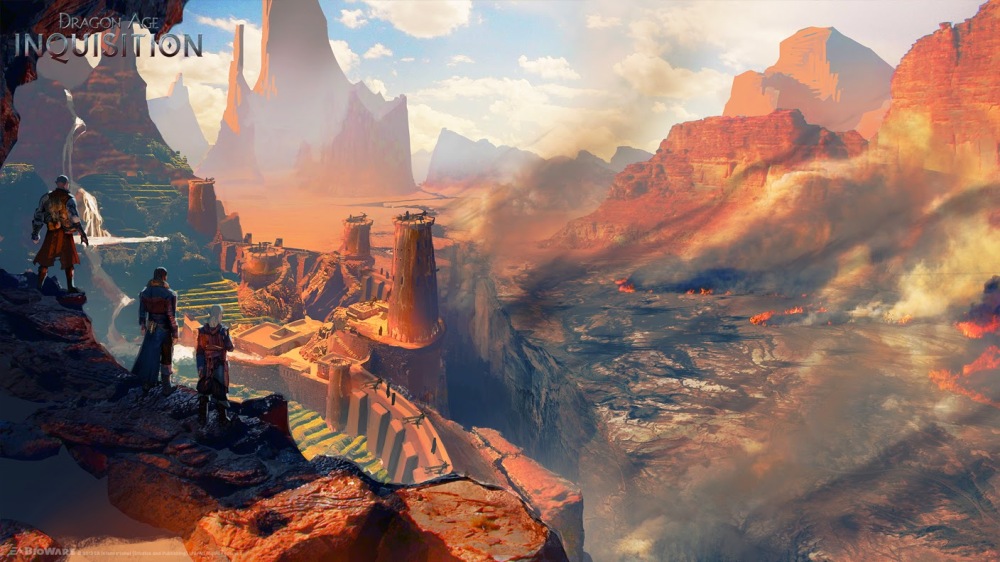 What I find to be the most inspiring from his collection are his studies primarily his anatomical studies. 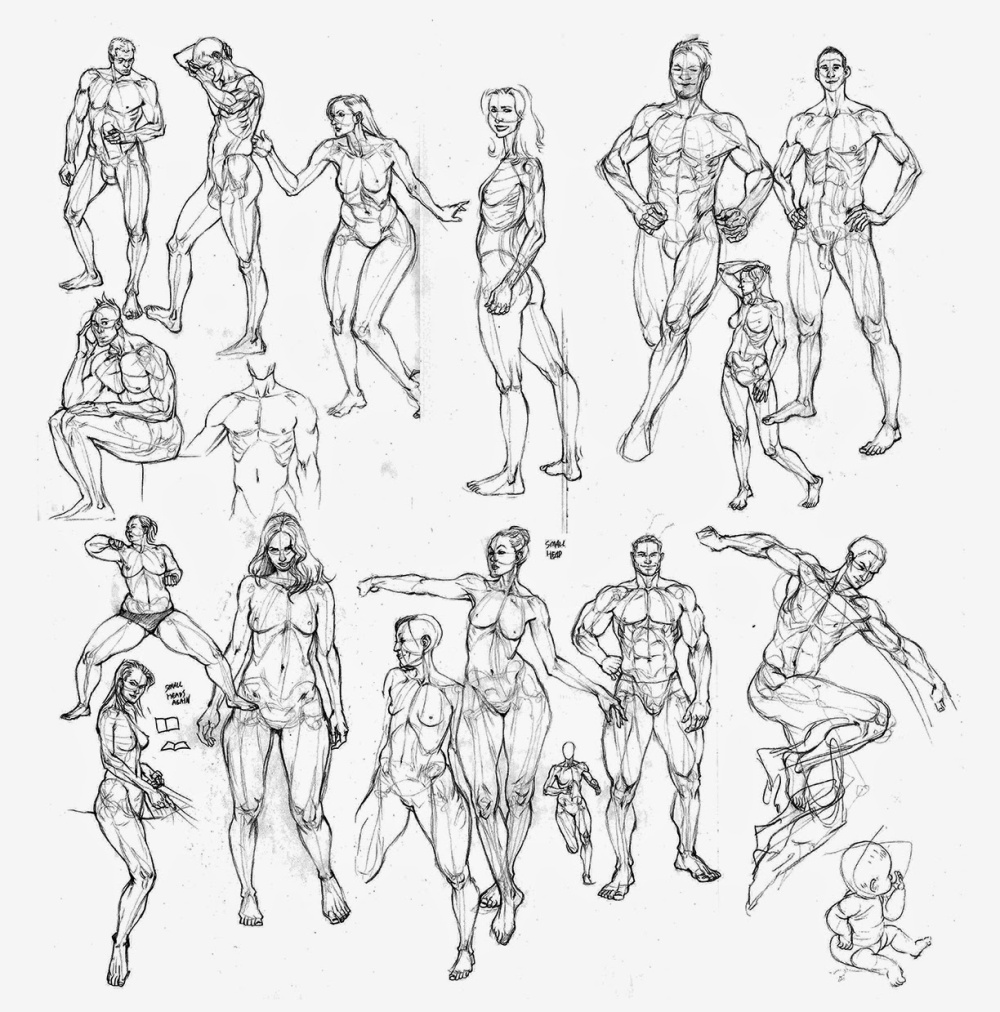 I have learned a great deal about professionalism from his example and only hope to strive and keep going to I can reach the levels that he has; it may take quite a few years, but I am not afraid of hard work. Keep practicing, take your time, and just relax let it come to you are the three things that I remember being taught while going through the art classes here at Lane yet, that’s not how it always goes. This kind of profession can be very stressful what with the deadlines and the black cloud called failure looming over your head, but you cannot allow this cloud to control the situation as long as you did your best that’s all that truly matters. Artists like Matt Rhodes I am sure get stressed out but remember, have fun with your art if it’s getting to the point where it’s getting to be stressful take a break and then come back to it do not allow it to worry you.

Good luck to all of you developing artists and remember art is about expression so sharpen those pencils, keep your chin up, and most of all have fun!

Honestly, I am obsessed with Alex’s blog. The simplicity, the elegance, and the attention to detail make me want to have a website exactly like her’s. On her blog, Alex writes about her daily life, work, and weekend adventures.

Alex is a photographer, so it is no surprise that every photo on her blog is beautiful. She edits her photos exquisitely- I am particularly fixated with her use of cool tones. Here are some of my favorites from her weekend trip to Cougar Hot Springs.

Alex’s growth as a photographer and blogger are apparent as you keep scrolling. Her blog has really grown over the 2 years I have been following her, and I’m sure this girl is not going to stop anytime soon. 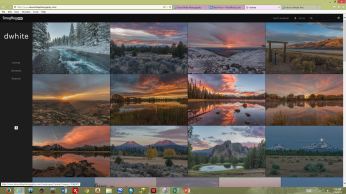 A lot of you may know by now that photography is one of my biggest hobbies, especially taking photos of the places I explore. Being as big of an outdoor photographer as I am, Dave White’s work has really stood out to me. Dave is a local photographer and has taken numerous pictures of well known outdoor locations around the state of Oregon. I first encountered his photos through Facebook as a recommended page that I might like. He had also shared some of his photos through the Statesman’s Journal which is the daily newspaper published in Salem. I recently discovered that Dave had his own website where his photos can be looked at and purchased. It’s a very simple website without a lot of information or resources, which I found to be a bit disappointing. Nevertheless, it’s visually pleasing and the simplicity of it makes it easy enough to navigate. Clicking on the Browse option in the main menu takes you to a page where Dave has categorized his photos into different folders based on subject or location. You also have the option of doing a quick search by keyword(s). And he has a link to his Facebook page where you can see even more of his photos. Again, it’s not a very extensive site as far as information or resources go, but it accomplishes its goal as a personal photo website and could be very inspiring to anyone who enjoys this type of photography.

This website covers what everything that Mark Crilley has been doing up to this year, Mark Crilley is a Anime artist that has developed his own style of general anime and has made and published multiple graphic novels and How To Draw books. he has also collaborated with multiple other artists such as Evan Burse known as CartoonBlock on Youtube. Mark Crilley is the main reason on why I started drawing I watched his videos since he began on Youtube. I wanted to be just like him and create my own graphic novel or comics and so far it’s been up and down. but I haven’t given up yet so this is my thanks to The Man that Inspired A Dreamer.

My name is Matt “SilentJ” Curry, I am here to tell about my choice for this post ever since I was four years old one of my hobbies has been comics. I have been a fan of the many ways that comics have been transferred into wondering just how they plan to tell the stories that have captured my interest as I am hoping to ignite yours.

This blog site is produced fairly decent with information that is shared about the series and the cast members with whom will be joining, the subject of the blog that I have chosen is about the series Arrow, which is about the journey Oliver Queen leads in the first episode becoming the Green Arrow. The website is about any subject about comics, cosplay, and anything in between if you have an interest in comics of any genre this sight is one with which you should invest in looking to see what can and will be expressed by any and all forms that some choose to post. https://www.facebook.com/stephenamell/photos/a.510703882348217.1073741826.146921975393078/770050113080258/?type=1

The professional blog I chose to use for this assignment is the Lincoln Center Performing Arts Stage Review. http://www.broadwaystagehandsdemocracyanvil.blogspot.com. This blog talks about the New York Theater scene. Some of it is from the point of view of the Stagehand Union and also from some other sources that are critical of the Unions. Most of the information from this is a couple years old but it is still very interesting to me. It looks professionally done  and it makes me think that something like this could be done locally in the Eugene Ore. area to cover staging issues for Labor and for the Venues.

Van Styles is a New York born, Los Angeles based photographer. His blog is called the Visual Apparel Blog (visual is the brand that he created). 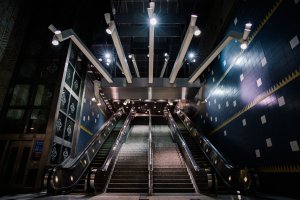 Guys seem to gravitate toward Van because, well, a significant portion of his photos are bountifully curvacious and beautiful women scantly clad with some sort of urban, or modern backdrop. To his credit his talents exceed far beyond being able to capture already attractive women, but in fact he has a very wide array photographic expertise. With half a million followers on instagram, you can be assured that he isn’t some amateur photographer. Van likes to capture candid, and real photographs also, typically in very urban and rural settings, and he uses natural lighting to enhance the realism of his photos. He has also been known to hire helicopter pilots and fly over cities and take amazing aerial shots.

His photography has been featured in ads for various different clothing lines such as The Hundreds, and LRG to name a couple; his photographs were also used as a part of a campaign by Pac Sun. His website is filled with apparel from his clothing line, also littered with photographs from his everyday life, and from various photo shoots.

He is a photographer whose photos are sometimes plain, but always full of meaning. He has a way of capturing normal, everyday life, and settings in an artistically and abstract way that is intriguing to any eyes.