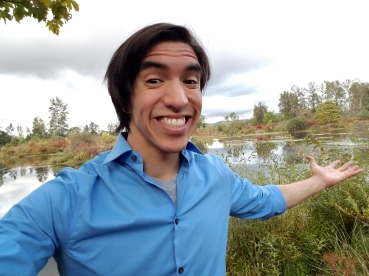 Hi my name is Daniel but I also go by Deej (DJ). Daniel is my father’s name and it took me a while to get used to being called by that name when I started working at 17, but it feels normal and professional now and I don’t care anymore. I’m 26 years old and lived in Hawaii with my big family from 11 to 22 years old. I went to some college there to be a paramedic and became super interested in physiology. The idea to do the paramedic program was from a friend of mine, so I never completed the program. But because of what I learned there I delved into health, and ended up learning a lot about to apply new ideas and knowledge into action (I applied my knowledge to getting results in the gym). I think I cared so much because I used to have lower back issues in my freshman year of college and around the same time that I wanted to start putting on some size. It was pretty cool to understand why things worked the way they did. Working out also became a form of self expression for me because at the time I was a pretty shy person. I became a personal trainer this summer (2017). But I’ve always had a latent interest in arts and media and decided that exploring this interest would be very gratifying and the career move I’d enjoy the most. When I went to school before it was because I felt like I was, “supposed to”, and was just going with the flow. Now I think I’m going to put in the work this time because I’m doing something I really want to do!

Some things I like to do are, write, exercise, meet people, hike, make/EAT food, explore and travel and I think make art but thats what I am here to learn.

When I finish this Media Arts program I plan to create content, or films and make a business around it. I also hope to help other people follow their dreams by making films or photography or training programs that are great and help/inspire others. I also hope to have an positive effect on the way that people relate with the natural environment.