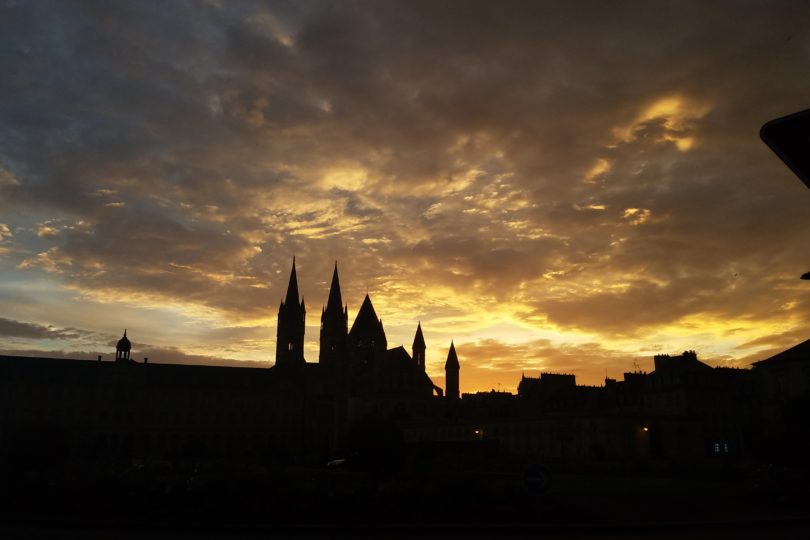 My first week in France… elle est très beau! It resembles Oregon a lot, especially the countryside, so it’s easy to feel at home here. The language, of course, is the biggest barrier, but most everyone is very nice and helpful. Someone even thought I was German, which was very cool to me, especially when people start speaking in French asking for directions and such.

In the way of languages, France is fascinating because it is the norm to be bilingual, or beyond, like my host sister, and there are people from all over here. I will be walking down the street and see many different nationalities, like British or Irish, and sometimes hear more than one language.

There is also so much history! And architecture! It’s astounding to me that every day on the bus I pass two massive, old (partly restored) cathedrals and I attend l’Universitie across the street from an 11th century castle where people have lunch. Walking down the uneven streets and being able to see a couple of the few medieval houses still standing is such an experience, and it’s odd to think that the people of Caen are so used to it because they see it every day.

In the home, life in France seems to be very similar to life in the U.S., but the biggest differences I have seen so far have been during their meals. Par example, though the guest is served first, no one eats until the mother has sat down and/or served everyone, depending on the meal. One child will pour everyone’s water, and in my host family, we eat the main meal with a salad first. This is either followed by cheese and bread,  then dessert, or just dessert. Interestingly, their desserts will often be accompanied by fruit, because they’re already so sweet. In America, I don’t notice this as much because everything else is so sweet. Dinners are also lovely because the parents take the time to talk with each other and with their kids, sometimes practicing their English, but always every night. The food is also in smaller portions, and you don’t eat really until you’re full, but rather when you’re satisfied. Another observation is that when they eat the peanut butter m&m’s which I brought (and they love because its uncommon in stores here) they only take 4 or 5 as a dessert. I have found that I actually enjoy this.

I know there are many more observations to make and things to learn, but my experience in France has been very exciting so far and there’s just so much to absorb! Plus, I love how there’s flowers everywhere, many different flavors to try, and how the French use “ça va” for nearly everything. 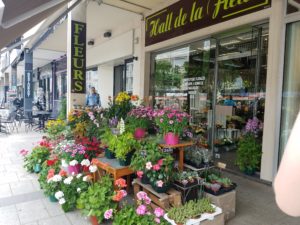 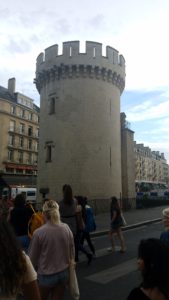 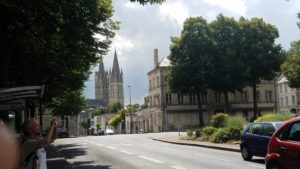 Nearly every time you turn a corner, history is staring you in the face. 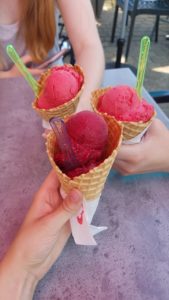 Cassis sorbet. I’m in love with all the new common flavors.