So here we are. This place. This moment. The final project of my Intro to media course. It was a long road to get here numerous ups and downs. It felt like one step forward created ten steps backwards. In the end, it came to beautiful fruition. This is my project : Stratus Media.

The future is quickly grabbing hold and technology couldn’t be evolving more quickly. In this day and age I choose to attempt to make a video using numerous cameras including a drone for the finale. I wanted to show in my video the progression of technology in the film/media industry. I began the shoot in my car one hand on the wheel and one hand on a Canon T5-i. I took numerous shots of the road and the sky to give the audience a sensation of movement and time. Moving along I found a piece of property in Veneta, Or and got permission to film  on a 25 acre ranch. I shot numerous takes of the drone on a table to show my audience its frame and camera. Then I move on to showing me scouting a position for take-off. The drone was actually extremely hard to fly. This was my first time flying the drone and its was so incredible. This project was so much fun.

On the night of October 23,2015 at approximately 7:30 pm something happened. The lighting was set the cameras were charged and the actors sat in my own living room rehearsing their lines. With shaky nerves and sweaty palms, I called everyone from the crew into a circle. I spoke “Alright, we have 6 hours to film this”. Its 43 degrees outside and we can’t waste valuable time doing numerous retakes. Please everyone, remember your parts, lines and positions”. Action!

This scene set the stage for a film competition I participated in October organized through the Eugene Film Society. It was a 72-hour film competition where the participants had to make a 3-minute horror film with a mandated line of dialogue and prop. This year was the line “Sometime, when people get scared they say and do terrible things” and the prop was a cell phone. Its the 3rd year they’ve hosted this competition which brought in film makers from all over Oregon. All finished films would screen at the Hult Center in downtown Eugene.

I joined the competition as a first time director along with numerous friends and family as film crew and actors. I chose to shoot the film on a 25-acre ranch in Crow, Oregon. With a handheld camcorder, the JVC GY-HM100 and 4 sets of of led flash photo tripods we began our shoot on the night of Oct 23rd at 7:30pm. The films title “SPECTACULUM” (Latin for “the show”) and synopsis was this: A couple visiting a country inn are hosted by an insidious man whom keeps a creature locked in his barn. As the night progresses the husband and wife become entangled in a horrific game of cat and mouse.

We shot from 7:30pm to 1:30am (24th). It was freezing cold out and the crew’s tensions were high as we came into the morning hours. Overall the filming was a success and we had over 780 clips and 6 hours of film. This is when we encountered a problem, I had no access to a computer that could run Adobe’s Final Cut Pro or IMovie. I contacted the only person whom had a computer that could run these programs and that was my father in-law who lived in Vancouver, Washington. He said I could go ahead and come up to edit. After filming till 1:30 am and cleaning up till 2:30 am, I woke up at 7:00am and drove to Vancouver. I edited the film from 10:00am Saturday morning till 4:00 pm the following day. It was a total of 20 hours editing and it damn near brought me close to going insane but, in the end I turned in the film by its deadline and was proud of my final product.

The films premier was on Oct 31st at the Hult Center. My whole crew and family friends were in attendance whom all were dressed to the tee in their finest clothes/ costumes. There were a total of 40 films submitted that were all shown in a randomized order. My film was show near the end. I’m not going to lie but, I was extremely nervous after seeing some really impressive films.

My film came in third place and was praised for the editing quality of it. The experience was amazing and having the opportunity to network with all local film makers and actors was so inspiring to continue my path in the media arts field.

Super fun time making this video. The 5 things we do in a rush drink coffee,tie shoes,race out the door, drive fast, (almost) forget wallet .The power of 5 was a little difficult but, I was really trying to do something unique. It was a little rushed but, I think it makes the video even better. I did all post editing in imovie and found my sound on youtube. The music in the video I do not own but, I do provide list of copyrighted material in the film in the end credits. This was a good experience and I found that I am still a little rusty with managing sound levels as you can probably tell the audio is a little static. Overall, this was a fun project and look forward to making more short videos. I really like the idea of having a time limit on these kind of projects it really forces you to be creative and to use your environment and what you already know in regards to editing and creating. This video was shot on a Canon T5I. The location was my house and my drive to school.

This assignment was to introduce the students to using audacity and other media recording software. I found it to be a really challenging assignment.I chose to go with one of Aesop’s Fables because I like the moral advice they give. The voice I recorded is my own with a pitch up effect added. By pitching my voice up It makes the story more animated and easy listening. The sound effects were found in imovie catalog. I wanted a real down to earth country feel to my story. I wanted to cater more to children rather than the adult audience because I believe they are more prone to listen to audio stories. The background music was something I found in the imovie effects catalog. I went for a real country feel to my audio story. I wanted to create something children would want to listen to and or adults. I hope you enjoy and find this audio story to your liking!

Name of blog : The Playlist 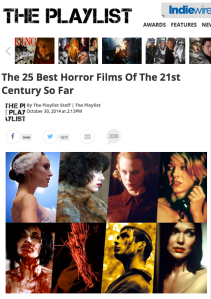 The 25 Best Horror Films Of The 21st Century So Far.

The Playlist is a site that covers all your film news, interviews and reviews. I really like this site because of the wide variety and in-depth information it provides. An example of this kind of thorough information is the post ( Halloween related) on the top 25 horror films of the 21st century . The images the post contains are perfect examples of the spot on visual aids the site contains. Listed in numerical value and boasting a lot of short synopsis and directorial information. The blog also makes suggestions of other blog posts you may like by providing links to them on the side of the page. For instance the blog post, “The 25 Best Horror Films Of The 21st Century So Far” provides other blog suggestions pertaining to recent horror film releases such as Box Office: ‘Goosebumps’ Scores All The Scares, ‘Crimson Peak’ Flops & ‘Room’ Breaks Out In Limited Release.  I find my self revisiting the site now more often its perfect for the person that wants to keep tabs on all things film and media related. Indiewire is also another blog site that is related to The playlist and is equally informative. 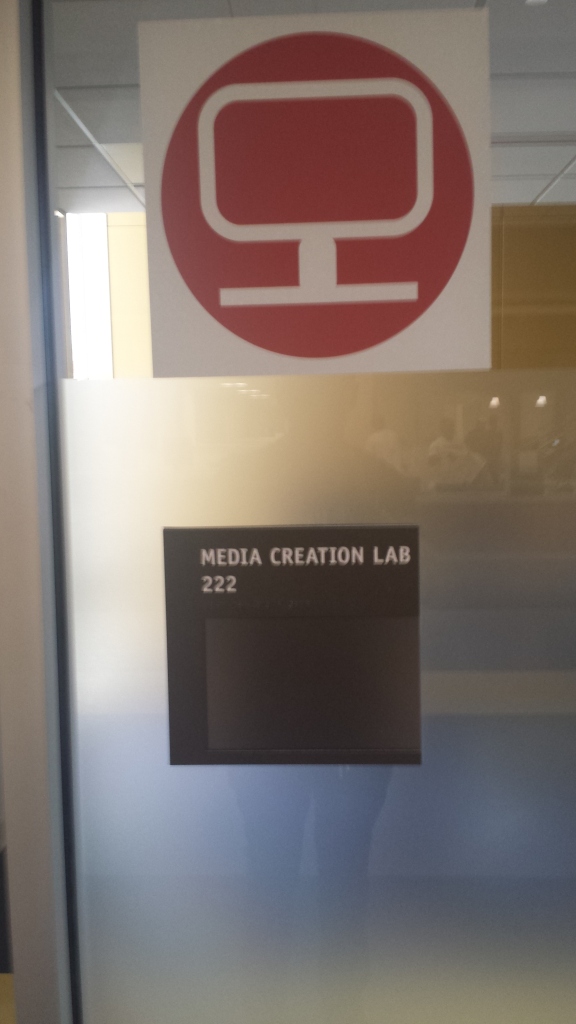 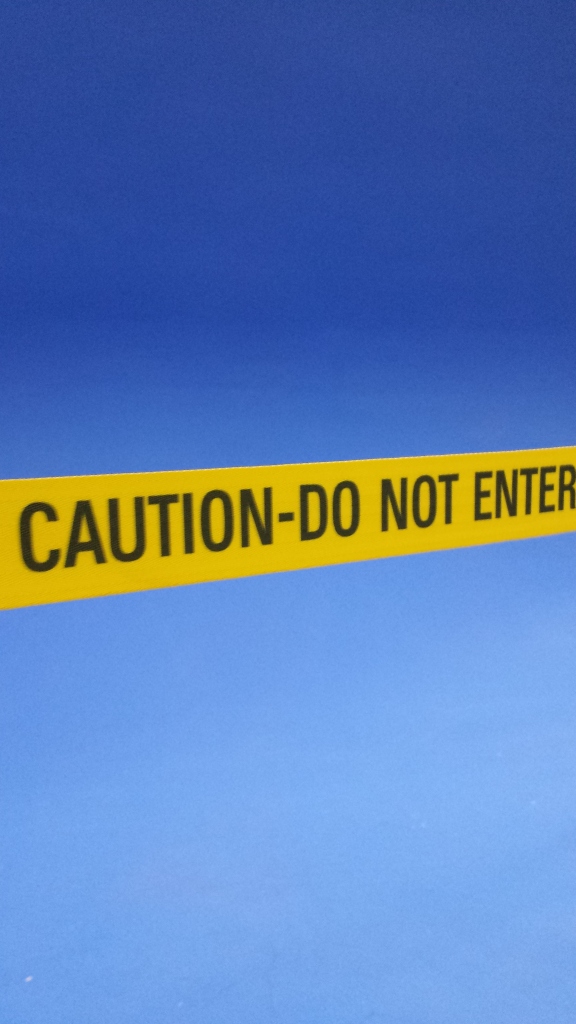 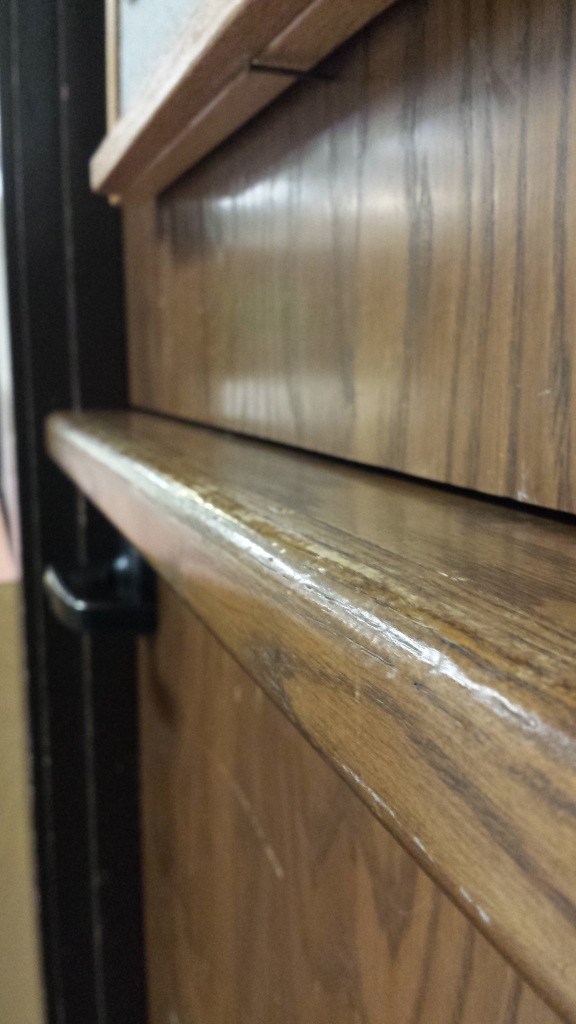 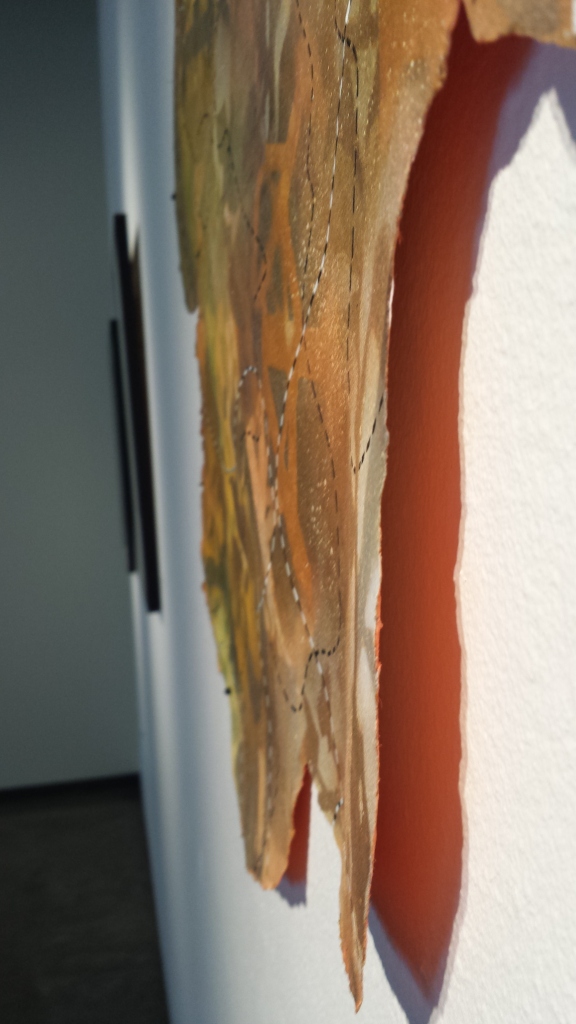 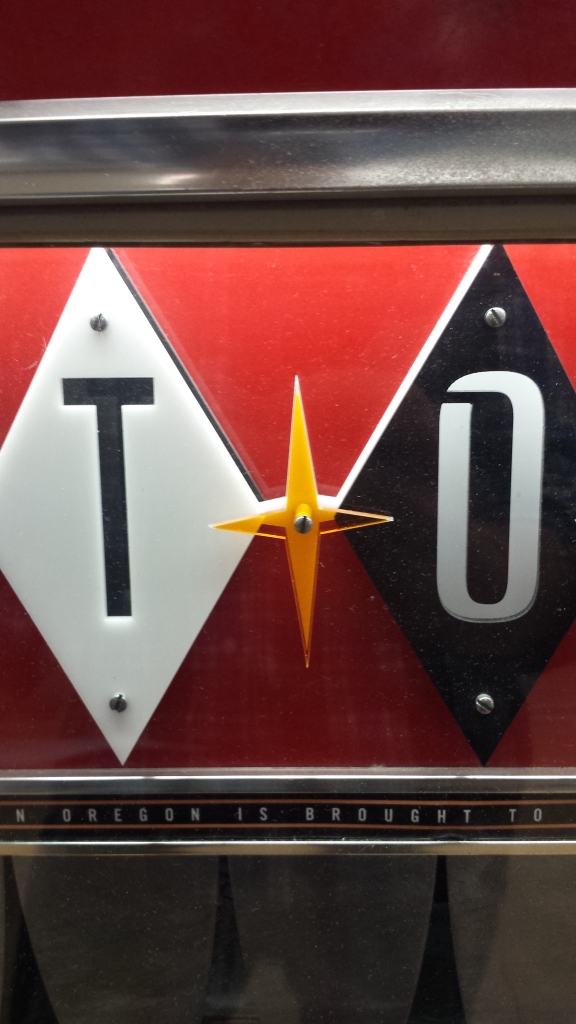 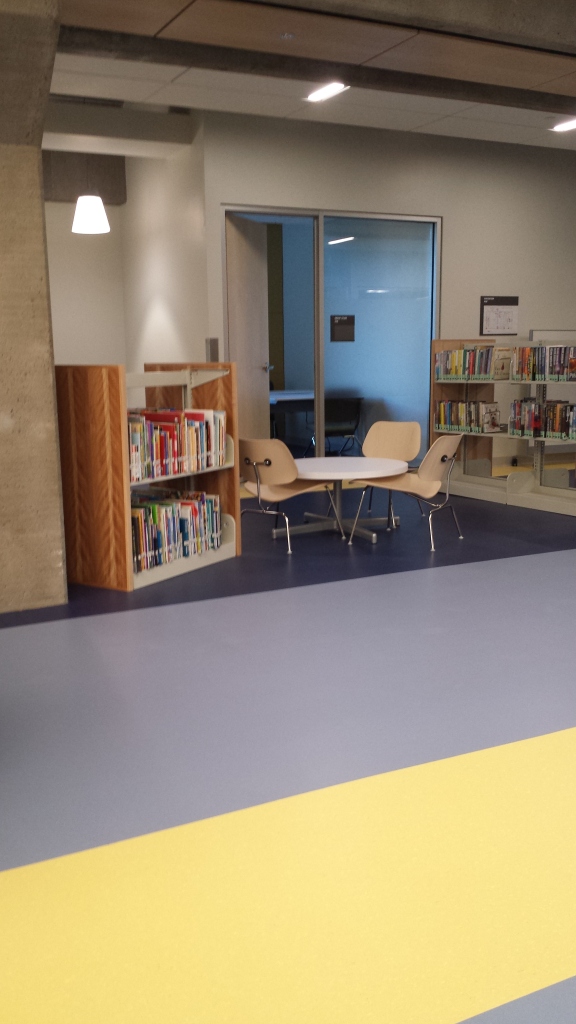 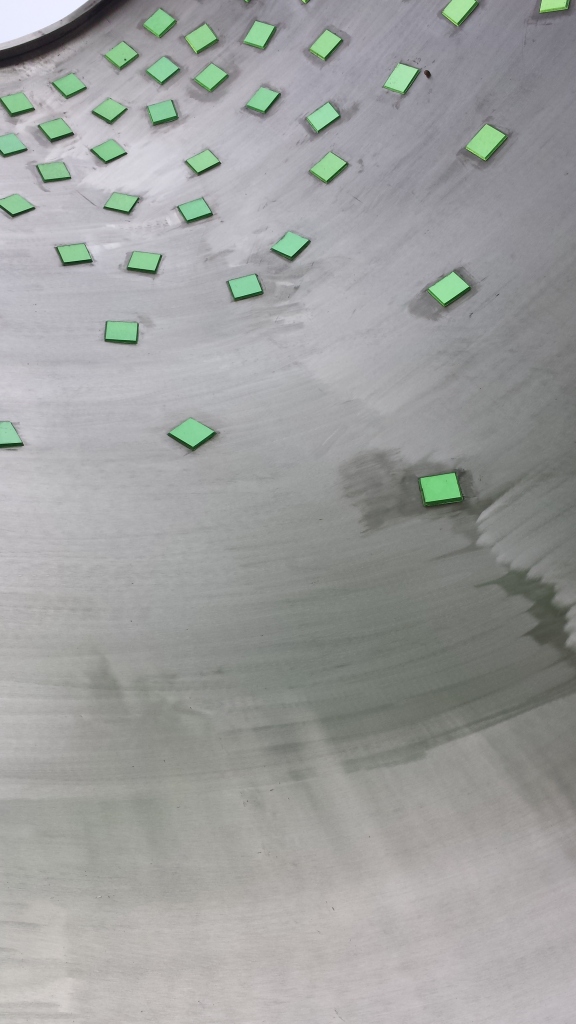 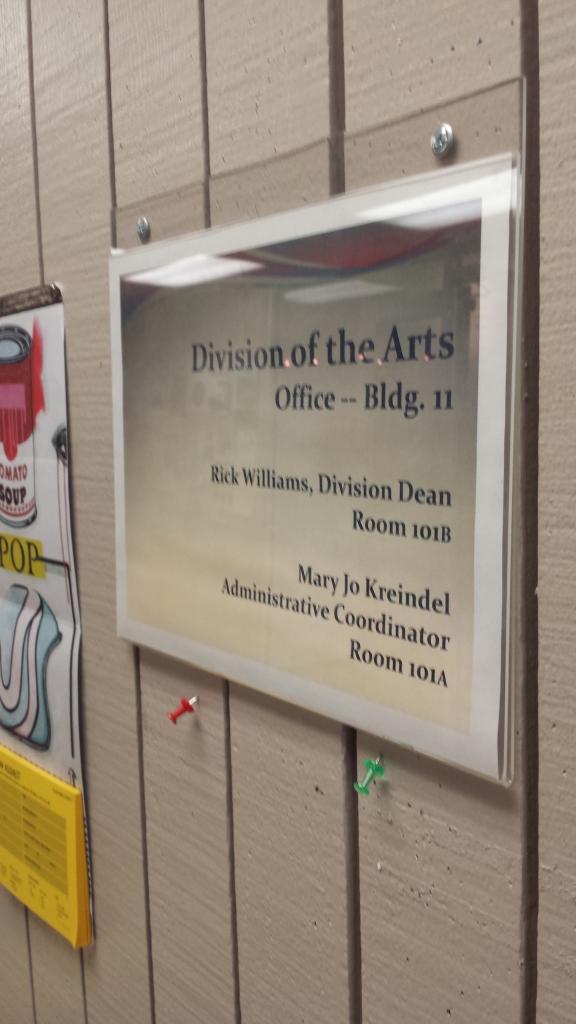 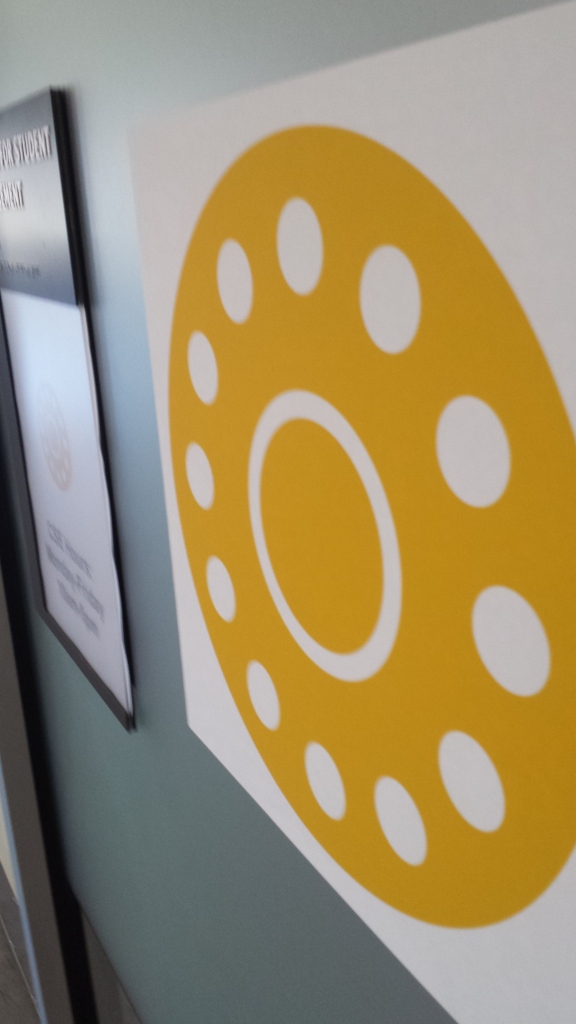 Center for student engagement in center buildling on the 2nd floor. 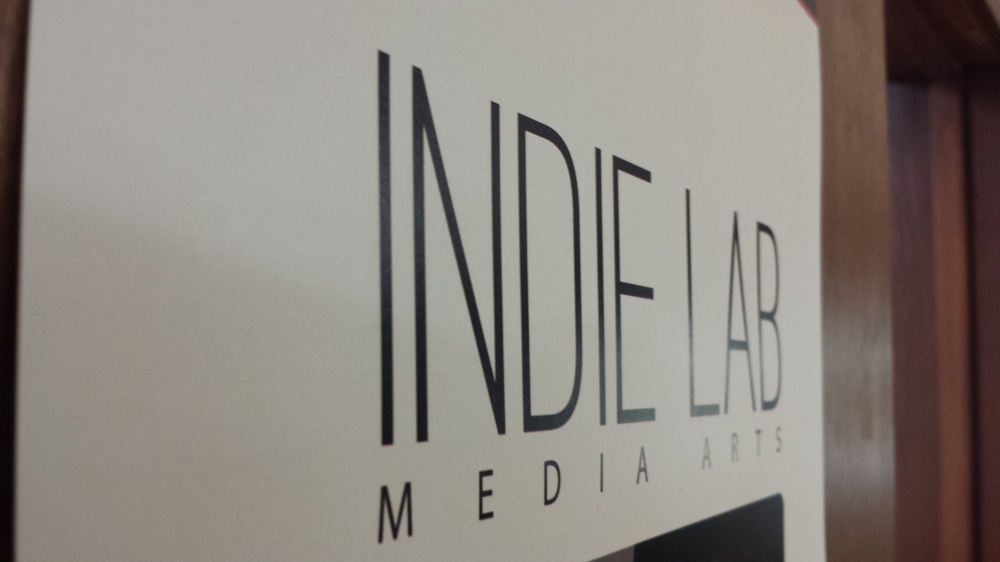 Indy Lab on the second floor in building 17 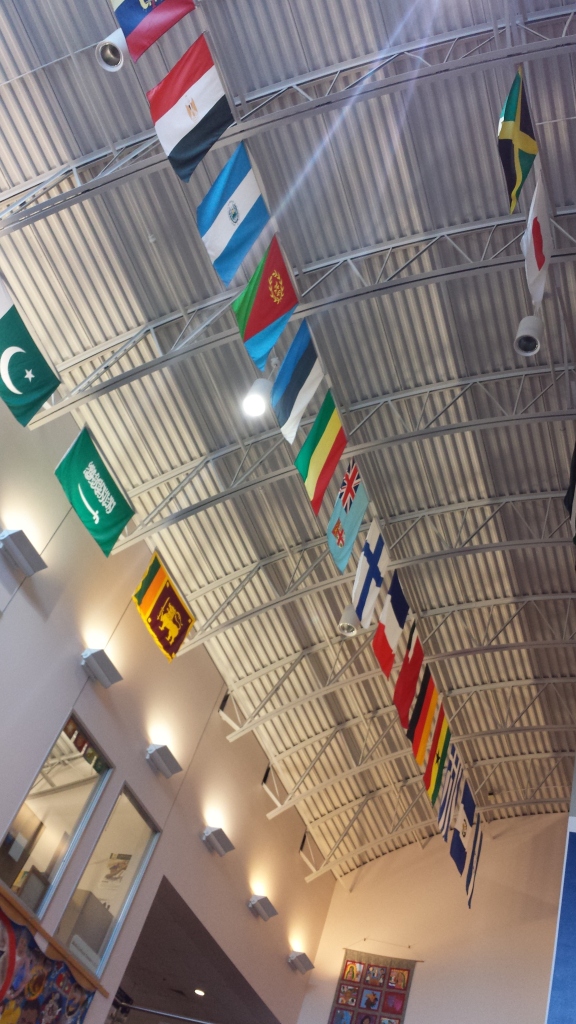 Many nation flags in Building 1 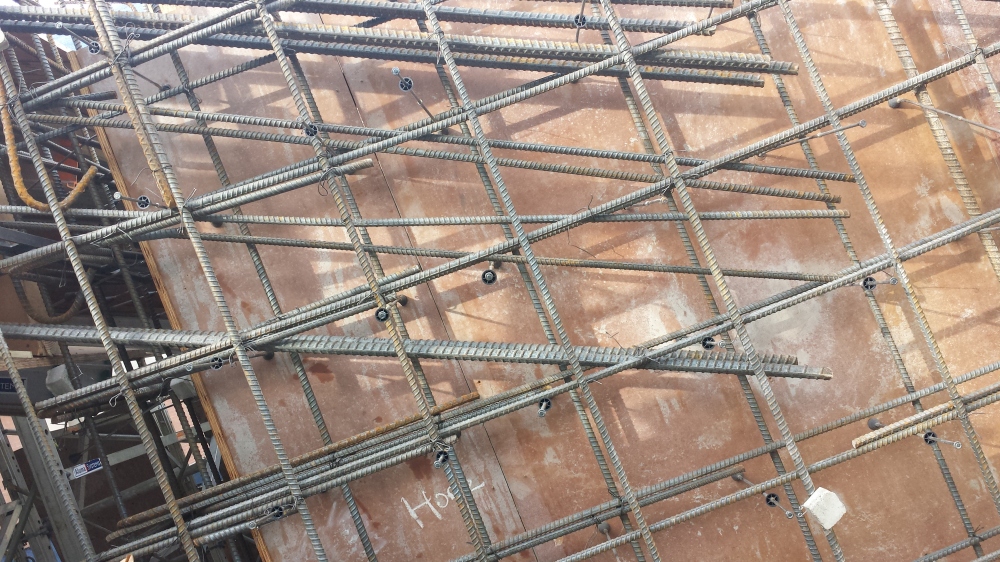 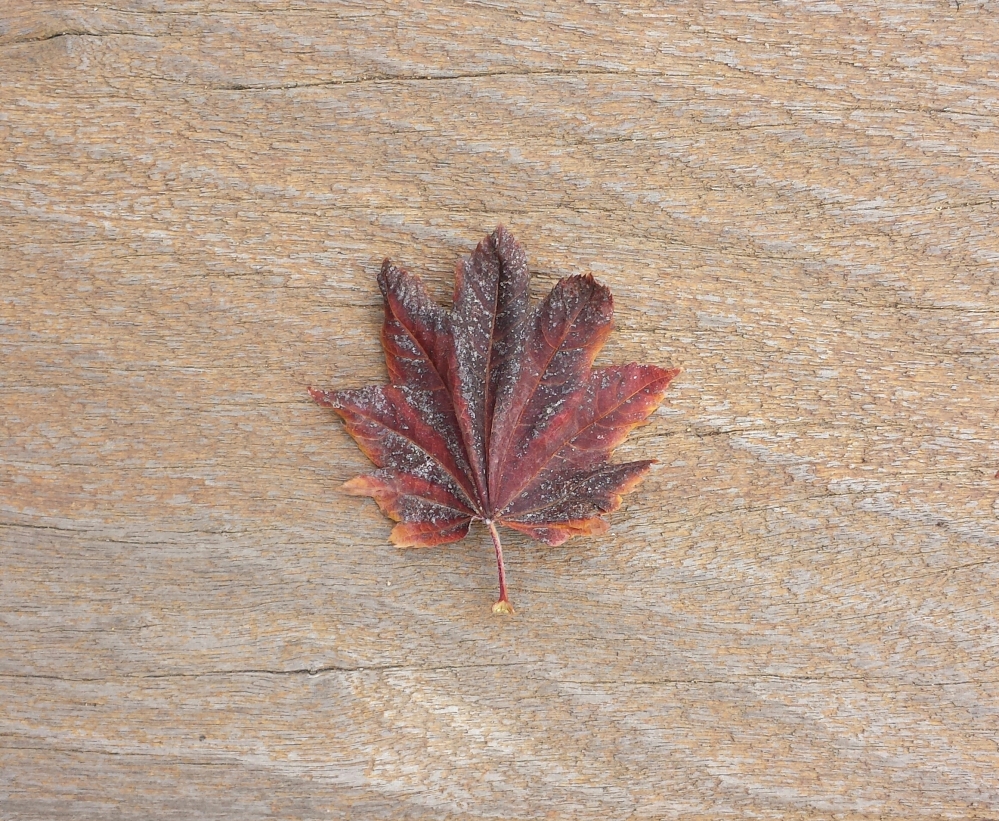 A leaf in the student courtyard

My name is Tyler Gordon I am 26 years old and currently attending college for a AAS degree in Multimedia design. My passion is film and film production. I fell in love with film production when I was 16 years old. My dad worked in the special effects department on the set of Warner Brothers “Matrix” trilogy. I was able visit the set numerous times and witness first hand the film sets,production,effects,makeup and met the cast. I made it my goal after this to dedicate all my time to film. I began by shooting promotional videos for a local insurance company and dabbling around in script writing and then decided to attend LCC in Eugene, Oregon for my AAS in Multimedia Design.

My long-term plan is to get my bachelor’s in media design and work as a videographer for the University of Oregon. In hoping that venture goes well I plan on moving to Seattle or Los Angeles and attempt to work for a production company. I want to direct one day a historical film much like that of producer and director Ridley Scott. These are my goals and hopefully with hard work and strong dedication and organizational skills I will succeed in following my dream.Welcome to me! 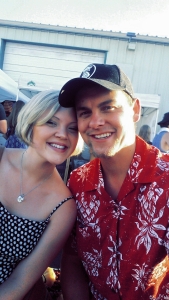