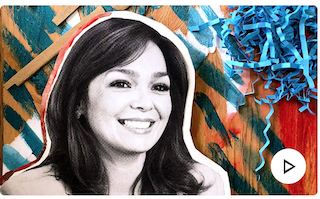 “Give respect to your struggles and mistakes. Use those experiences to learn and grow”.

“Go to college. It doesn’t matter what you study, but it is such an important part of being a well-rounded person”.

Born and raised in Brownsville, NY. She caught the acting bug after being cast as Sandy in a high school production of “Grease”. She studied acting with Wynn Handman, a legend in the theater world. Her autobiographical one-woman play, “Brownsville Bread,” has sold out shows, won multiple festival prizes, and had a very successful run at the prestigious off-Broadway Theatre. She is now an award-winning producer, actress, casting director, writer, and director with the mission of increasing diversity in the entertainment industry. Her work combines: acting and theater, Entrepreneurship, communicating/sharing stories.