For my professional practice I attended a presentation event by Fernando Soto at the Jordan Schnitzer Museum of Art. Fernando is a good friend of my moms and she helped plan the event which motivated me to attend this particular event. Fernando is from a Pueblo in the state of Morelos named Yautepec, he specializes in capturing the traditions of small town locals around Mexico and for this event he presented what traditions locals of pueblos in Guerrero and Oaxaca practice for the Day of The Dead. I really enjoyed his presentation because I could relate to it in a way since we are from the same state and I have visited some of the places he spoke of when I lived in Mexico. It Brough back a lot of nostalgia from attending day of the dead festivals in Pueblos and just experiencing how the small town culture is in Mexico. I really enjoyed the backstory some images Fernando took, Fernando was in Oaxaca during the Day of the Dead Festivities and was searching for “Ofrendas” to photograph( Ofrendas are non worshiping altars set up for loved ones who have passed and consist of bread, the deceased loved ones favorite drinks, items and food and other various objects) Fernando was walking along neighborhoods when he saw what appeared to be a hanging altar in a small homes living room which was something he hadn’t seen before. He introduced himself to the homeowners and explained that he was working on a project and that he was very interested in photographing their alter if it was alright with them. They instantly invited him in and said “of course but first you must sit down and enjoy some of our delicious mole first” they had good conversation and they explained that the reason the altar was raised was because the dead float and also because stray dogs would enjoy a full course meal if they didn’t. 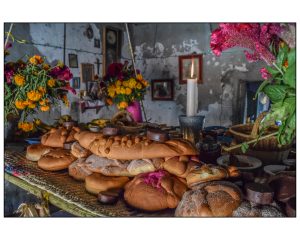 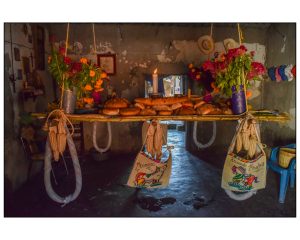 Normaly Ofrendas are grounded on a table with colorful cloth and various items which made the hanging altar so unique. 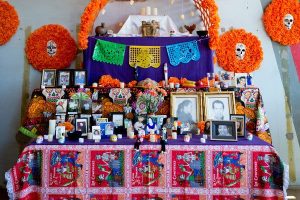 The event was mostly just a presentation of his experiences in the small towns and what traditions he learned from the people, he also presented some of his other work which reminds me of work my mom has done in the past. 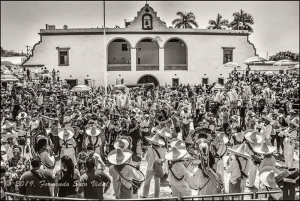 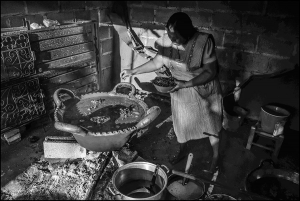 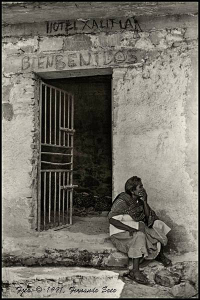 Over all I really enjoyed the event, it was really nice to hear his experiences and hear his stories on the culture he has captured. Since my mom and I are from the same state as him and have most of our family in the city of Cuernavaca, Morelos, we plan on visiting and joining him on trips to photograph small town life in Mexico hopefully within the next year or two.