This project I not only used for my class project but I wanted to help promote the current video game that a company I am part of is developing, Sockeye Game Studios. The game is Called Odd Wyvern. It is a Third person space shooter. What I was trying to accomplish with this assignment was to make a promotional advertisement to let more people be aware of this game that is soon to be released. My overall experience making this track was so much fun. I got to gain even more experience with Audacity than I had before and I learned new sound effects as well as the ones I have used before. I had a few struggles making this track but I did my best to push through them. In my opinion my favorite part about this track is the whole thing put together, each part of it compliments the other the voice levels with the music as well as the effects and sounds I used, all of the music and sound effects are made by members of Sockeye and are part of the game. I hope you enjoy the track and have interest in our video game. please comment with any feedback or questions you may have Odd Wyvern is set for release in December of 2016.

The picture featured below shows Subject Pi, the main character of Odd Wyvern next to the logo for our game. 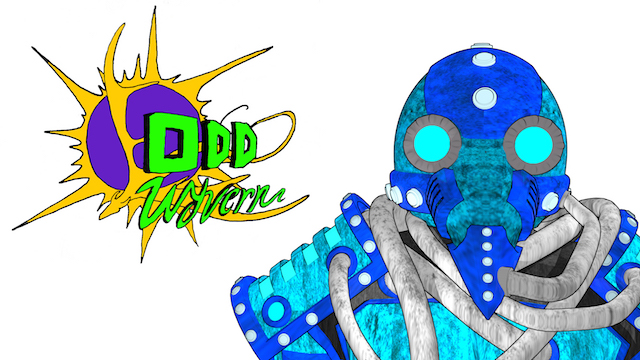