There were several sessions at the NCHC Conference this year that dealt with issues faced by honors programs at two-year colleges. In fact, one session was titled “Two-Year College Issues.” In addition to the different sessions, there was also the annual meeting of the Two-Year College Committee. One of the topics addressed in this meeting was American Honors (AH). This program is a for-profit organization that works in conjunction with two-year colleges to offer services that the colleges can’t or don’t offer through their honors programs. The debate about the AH was very heated last year and, while somewhat less heated this year, still made it clear that there is no unanimous decision on whether AH is beneficial or detrimental to honors education. 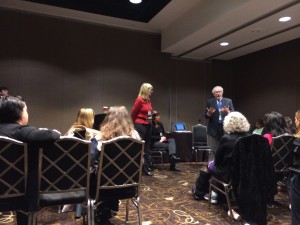 Several people voiced their concern about schools spending money on AH that could be spent on their own honors programs. Others expressed a vehement opposition to for-profit education in any form. Some honors program directors, however, explained that AH allowed them to offer opportunities across multi-campus colleges that they simply could not otherwise offer. Still other directors said that they were in conversation with AH and were undecided about whether or not to partner with them.

When I first looked into AH, there was little information available on their website, and it was difficult to determine what exactly they could offer. More information is available now, and the two representatives from AH who attended the meeting emphasized that their goal was to provide whatever individual two-year college honors programs needed. They also stressed that there were programs that didn’t need them at all.

I am still undecided about this organization, but I plan to watch how well it works for those two-year college honors programs who do partner with it. The current version of AH would not benefit Lane’s Honors Program, but I’m still interested to see how AH develops and to think more about the impact it could have on honors education.